I felt so at peace on my wedding day as Richard Casey spoke on behalf of my husband and I, not only as individuals but as a joined entity that would create an amazing and beautiful life together. He choreographed, if you will, the most spiritual and integrated ceremony. Each of our guests were a part of our vows and our commitment to each other. To this day, people comment on the beautiful words that Richard spoke and how different our ceremony was than any other wedding they had been to. Richard honored and respected both my husband's and my wishes, and we greatly benefited from coaching with him before our wedding day to ensure that we were mentally, emotionally and spiritually on-track with our commitment to each other!
​~Kristy
Richard did us the honor of performing a wedding ceremony for us at our family farm in Illinois. He truly made the day special as he put us and the entire wedding party at ease with his calming presence and respectful nature. Richard made the whole event such a wonderfully peaceful experience. He is, without a doubt, one of the kindest, warmest, most heartfelt people I have ever had the pleasure of knowing.
​~Nick
Richard Casey officiated our wedding ceremony on the sandy white beaches of Destin, FL. He was incredibly helpful and informative throughout the entire process of planning a destination wedding.
We were committed to having the ceremony be a celebration of our holy union and to be spiritual in its nature ... Richard was the perfect individual to translate and support this intention. He did an exceptional job and we would highly recommend him!!!! Words cannot express our gratitude! Thank you!
​~Kara 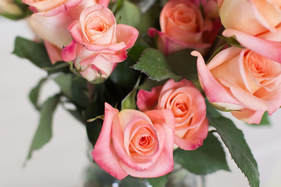 Not long after forming Casey Coaching, Richard noticed his clients wanted to bring loved ones into the sessions, helping them with the core principles he was using as a foundation for taking the "dys-" out of dysfunction.

They were beginning unions together or renewing vows, and he found them requesting that he perform the ceremonies. As a result, he became an ordained, licensed, non-denominational minister.

His ministry and practices are based in core universal principles of spirituality.

He has performed, and continues to perform, weddings, union ceremonies, and vow renewals (as well as other licensed ministerial services such as baptisms, funerals ... and even new-home blessings, often a popular, unique and valuable gift) in the greater St. Louis area (Missouri and Illinois), as well as destination weddings.

​He's helped many couples (including same-sex couples) over the decades begin their lives together on a strong, solid foundation. ​​

And keep the relationship strong with coaching/counseling calls that provide them with tools to co-create their lives together in highly functional and loving ways.

As an ordained minister, Richard Casey has performed countless wedding ceremonies and vow renewals throughout the years, providing spiritual and universal overtones to these celebrations from coast to coast.  Pre- and post-wedding counseling can also be provided, helping to aid in a smooth and solid co-created life together.  Connect with Richard to discuss details and possibilities for your special day. 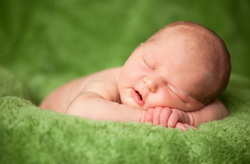 New life.  One of the ultimate joyous occasions.  Bless the little one you welcomed into the world with a ceremony that acknowledges their divinity, and begins their life in this world universally surrounded in a bubble of complete light, love and grace.

Richard Casey's ceremonies are based in spiritual and universal principles.

A new home is a very special thing.  A sanctuary.  Many, many hours of life will be spent in it, and many memories will be made in it.  Begin life in it with a blessing by ordained minister Richard Casey, symbolically opening the door to abundance, love and friendship while under its roof.

For current residents, what better way to spring clean, prepare for the holidays, or just transform current energy than a clearing?  It's a powerful ceremony with clear intention toward "cleaning house."

Universally, death is not an ending, but merely a transition.  Honor the life of a loved one with a non-denominational ceremony by Richard Casey, ordained minister out of St. Louis, Missouri, based in recognition not of their passing, but of their transition, with emphasis on their contributions to the lives around them and the world they graced while here.